In the past few years, many states in the United States and Canada have introduced legislation requiring cigarette manufacturers to sell cigarettes with low ignition propensity (RIP) (commonly known as fire-resistant cigarettes).

The driving force behind this legislation was that a large number of fatalities were caused by smoking-related fires. For example, in 2001, 840 people in the United States alone died from smoking-related fires (about 25% of the fire deaths in the United States in 2001). Most victims are children and the elderly. The social damage caused by cigarette fires is estimated to be approximately US $ 4 billion per year (US).

By extinguishing cigarettes on their own, the number of fires and fatalities caused by accidentally discarding cigarette ends and falling asleep to smokers is achieved.

This kind of self-extinguishing cigarette is also called a low ignition tendency cigarette.

Cigarettes can extinguish themselves in many different ways. At present, the most widely used technique is to place a cellulose belt (sometimes called a “deceleration belt”) at a distance along the entire length of the cigarette. When the cigarette burns to one of the bands, if the smoker does not actively smoke, the cigarette will extinguish by itself.

Testing and certification of low ignition propensity cigarettes
RIP cigarettes must be tested and certified according to the American Society for Materials and Experiments (ASTM) E 2187-04 standard. 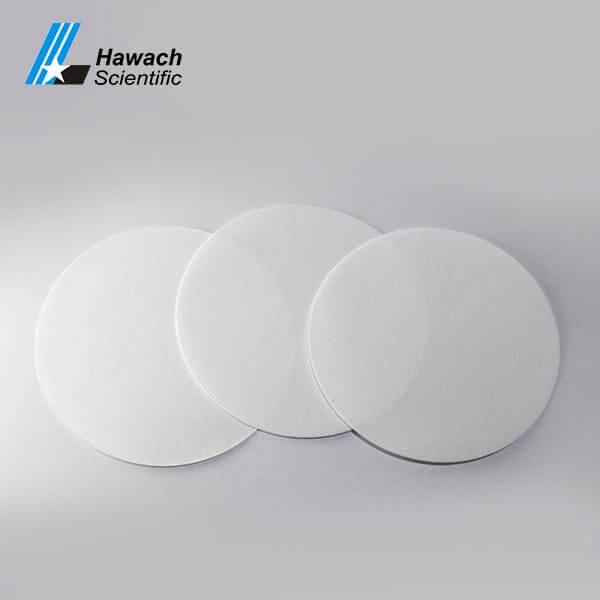 We can test RIP cigarettes with Hawach BIO-2 filter paper:
For testing, it is necessary to determine the possibility of cigarettes igniting upholstery and bedding. The purpose of Bio2 filter paper is to act as a heat sink (the filter paper will not be ignited during the test).

The test set was loaded with treated Hawach Bio-2 filter paper (explained below). Place a lit cigarette on filter paper (middle of metal pins to prevent the cigarette from rolling). Passing this test must ensure that only 10% of the cigarettes tested (40 cigarettes per test) can be completely burned. In other words, 90% of cigarettes must be extinguished before they burn out.

Bio-2 batch test requirements
According to ASTM E 2187-04, a batch of BIO-2 filter paper was used in the RIP test. Before that, two different tests were performed to evaluate the suitability of the filter paper batch. These tests are described in detail in the standards 9.3.1 and 9.3.2. The relevant sections are reproduced below.

According to the standard, filter paper should be stored in an environment with a relative humidity of 55 ± 5% (@ 23 ± 3 ° C) for at least 1 week before testing.

Current & Future Products for RIP Testing
The product currently used for this application is the BIO-2, 150 mm round filter paper (catalog number: 1002150). Customers should perform tests in accordance with ASTM standards.

Why Is Filter Paper Used in Chromatography?

The Main Function, Classifications and Properties of Filter Paper

What Are the Precautions Should Be Taken Using Filter Paper?

About the Selection and Use Notes of Qualitative Filter Paper